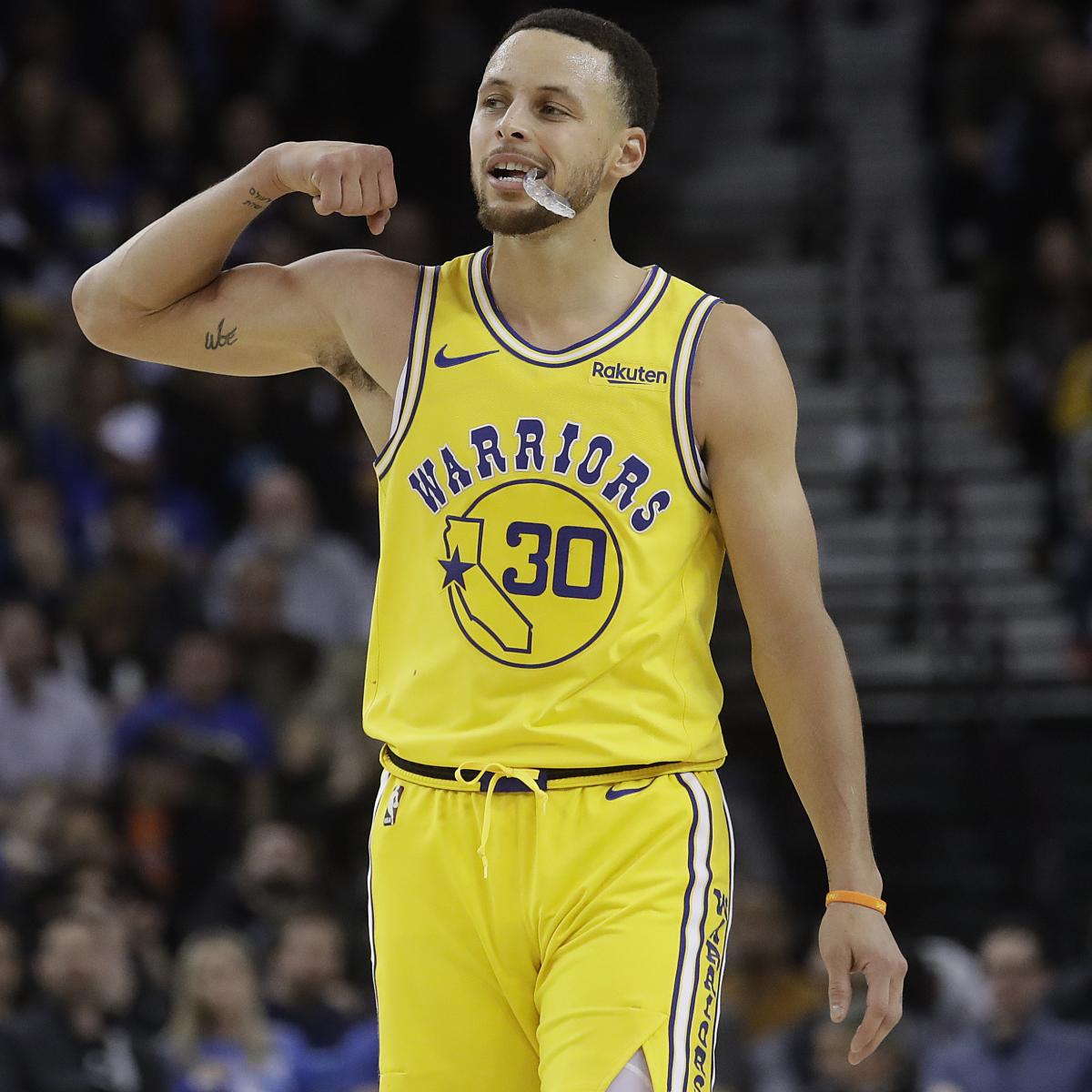 The back-to-back defending NBA champions will have a chance to protect their throne after the Golden State Warriors officially wrapped up a playoff spot with 110-88 victory over the Oklahoma City Thunder on Saturday.

Of course, Steve Kerr’s squad has its sights set on bigger things than just reaching the postseason, given the amount of success it has achieved in recent years.

Golden State has made it to four consecutive NBA Finals, being crowned champion three times during that span. The one season the team didn’t win the title, it still managed to set the NBA single-season wins record, going 73-9 in 2015-16.

That record-breaking season featured a historic 3-1 collapse in the 2016 Finals to LeBron James and the Cleveland Cavaliers. And while that meltdown may still haunt the Warriors, it did set the stage for Kevin Durant‘s arrival in summer 2016.

At 47-21 and in first place in the Western Conference, the Warriors appear to be in good shape to make a run at a three-peat, provided the likes of Durant, Stephen Curry, Klay Thompson, Draymond Green and DeMarcus Cousins stay healthy.

The Warriors thrived even without Durant on Saturday. He missed his second straight game with an ankle injury but should be back Monday against the San Antonio Spurs.

Last season, both David West and Shaun Livingston made headlines after the Finals by hinting at issues within the Golden State locker room on their way to a repeat. This season has been no different.

As Durant’s impending free agency loomed over the team, he and Green were involved in an early-season feud during a game in November.

That confrontation led to a one-game suspension for Green, and the incident appeared to linger as the Warriors managed to get off to only a modest 15-9 start. That’s not to mention the fact that both Curry (groin) and Green (toe) were banged up early on.

Having been through so much as a team over the previous four seasons, though, Golden State overcame all of the adversity and focused on the task at hand.

The Warriors also had to work Cousins into the rotation after the offseason signee was sidelined until January due to an Achilles injury. Adding a fifth All-Star to the starting lineup proved to be a fairly smooth transition.

The reward? A spot in the playoffs.

While home-court advantage is still up for grabs, Golden State’s top priority will be to enter the postseason as healthy as possible. After all, the Warriors proved last year that they can go on the road and win a Game 7 in a hostile environment.

A postseason berth was only Step 1 in Golden State’s quest for the ultimate prize. With championship-or-bust expectations in the Bay Area, the Warriors’ season will be defined by what happens in the playoffs, not during the regular season.