Harper hit by 96 mph pitch in ankle, limps off

Harper hit by 96 mph pitch in ankle, limps off 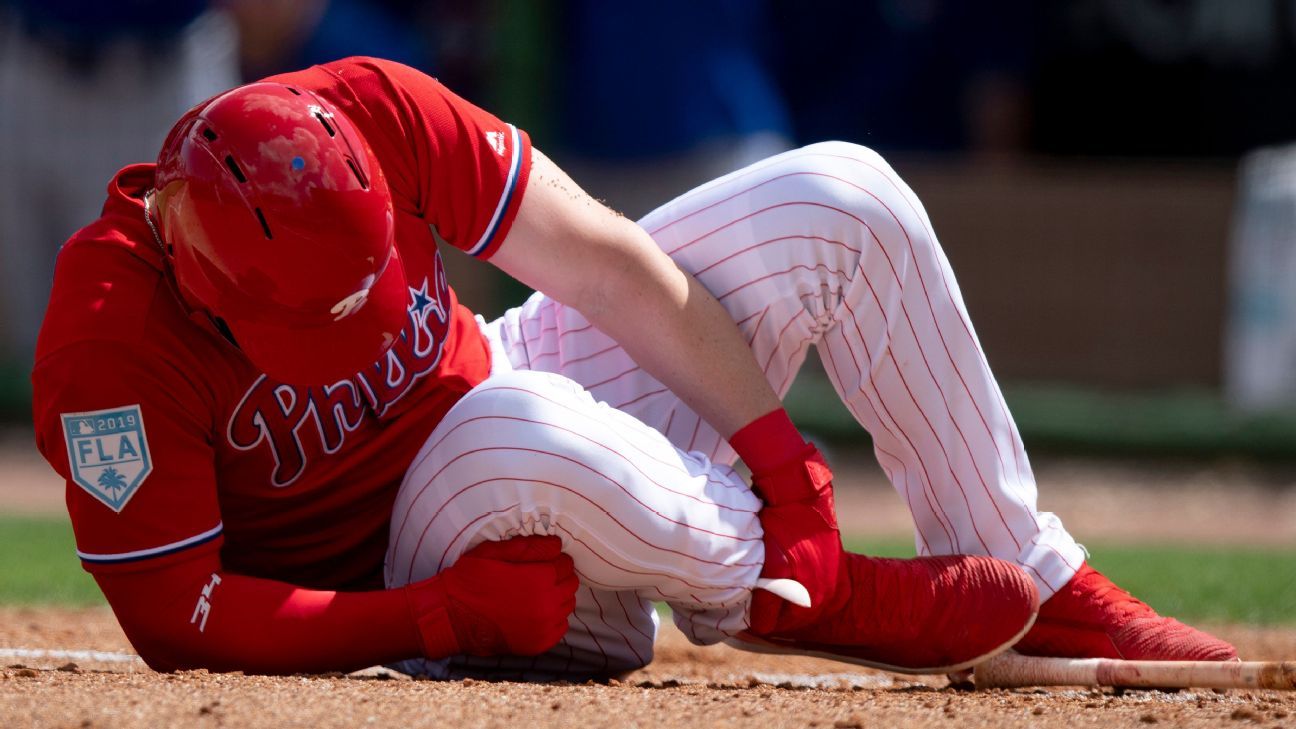 CLEARWATER, Fla. — New Phillies star Bryce Harper has limped off the field after being hit by a pitch in the right ankle during a spring training game.

Harper went down to the dirt Friday after being struck by a 96 mph fastball from Toronto rookie Trent Thornton.

Harper stayed on the ground for a few moments, was checked by a trainer and limped off and out of the game in the sixth inning.

Recently signed to a record $330 million, 13-year contract, Harper was playing his fourth exhibition for Philadelphia. The slugging outfielder is 0 for 5 in 10 plate appearances.