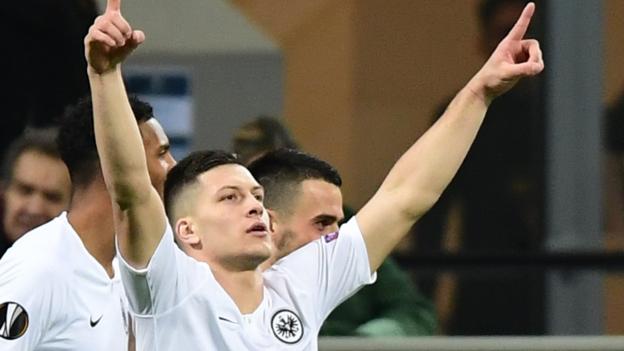 Inter Milan were knocked out of the Europa League at the San Siro as Luka Jovic’s first half goal took Eintracht Frankfurt into the quarter-finals.

Inter, who were without Mauro Icardi, introduced 16-year-old Sebastiano Esposito, as they chased the game.

However, Frankfurt held on to reach their first quarter-final of a major European competition since 1994-95.