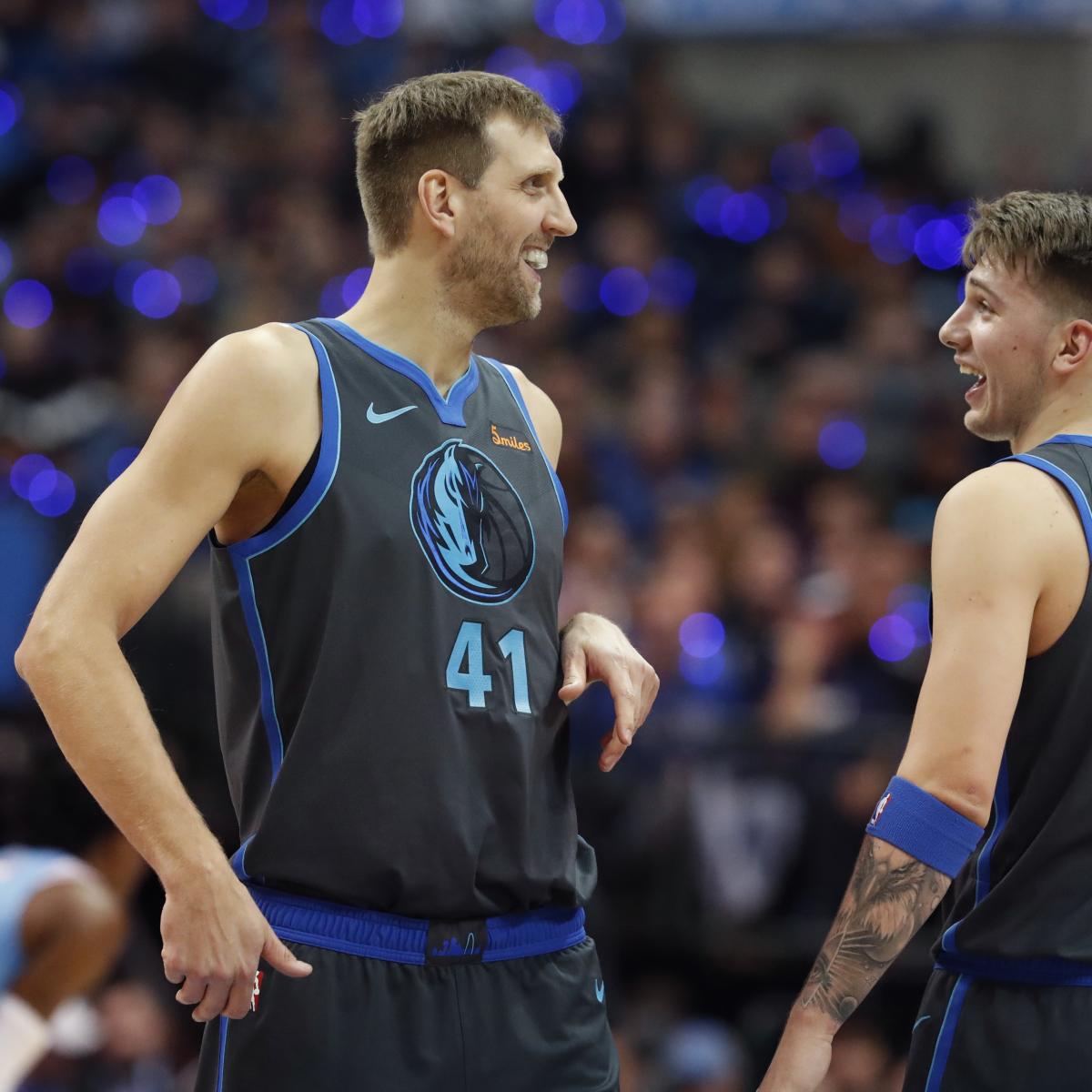 The cornerstones of the Dallas Mavericks are already excited for their new teammate.

“If you have a chance to add a franchise-caliber player like Porzingis you’ve just gotta go for it,” Nowitzki said, per Dan Murphy of ESPN.com. “… He’s mobile enough to play the 4. He can be a spread 5. He can move, block shots, post. Before he got hurt he played a great all-around game. He’s got the work ethic to be great. He’s a good dude.”

Porzingis is set to become a restricted free agent after this season, but the 13-time All-Star thinks he will remain in Dallas.

“We wouldn’t have made the deal if we thought he was going to walk obviously,” Nowitzki said. “… Hopefully he’s going to like what he sees and he’s going to get healthy and play well for us. We’ll go from there.”

Porzingis tweeted video of himself with Doncic after the trade news broke, and the 19-year-old said, “He’s such an amazing player, so this could be a good thing. He’s big, he can shoot, he can rebound, he can do a lot of things. I think he can be one of the best players in this league.”

That Doncic and Nowitzki praised Porzingis so profusely is notable since Tim MacMahon of ESPN.com reported the team believes the pairing will be critical in convincing the big man to sign a long-term deal with the Mavericks during the upcoming offseason.

MacMahon cited a source who said Porzingis loves both players, suggesting that can become a reality.

While he has not played this season with a torn ACL, Porzingis, 23, would give the Mavericks another young building block alongside Doncic. He averaged 22.7 points, 6.6 rebounds and 2.4 blocks a night while shooting 39.5 percent from three-point range in 48 games last season and is a matchup nightmare at 7’3″ with the ability to stretch the floor.

Dallas appears on its way to a third straight playoff-less season at 23-28 following Thursday’s loss to the Detroit Pistons, but the future is bright with Doncic and Porzingis in place. Now, all it has to do is sign the latter to a long-term deal.