Fantasy football tips: Which deadline-day recruits should you sign?

Fantasy football tips: Which deadline-day recruits should you sign? 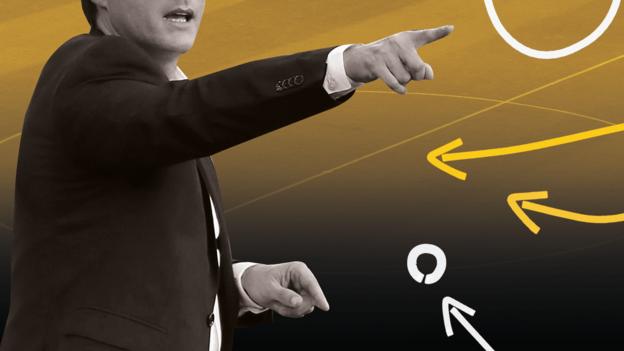 The deals are done and the January transfer window is closed.

It’s business as usual in the top flight this weekend and while we don’t have a crystal ball, we do have six tips on the last-minute arrivals that might just help your selection dilemma.

Their £20m signing of Paraguay playmaker Miguel Almiron from Major League Soccer side Atlanta United beat the £16m they paid for Michael Owen from Real Madrid in 2005.

Only Cardiff and Huddersfield have scored fewer goals than Rafael Benitez’s Magpies this season and Almiron may just help his new team in the final third.

He created 79 chances in 37 matches as the club won their first MLS Cup – but can he make the step up to the Premier League?

Cardiff are in the relegation zone going into this weekend’s fixtures and they completed a £4m deal for Leandro Bacuna from Championship side Reading on deadline day.

The versatile 27-year-old is likely to play a significant role for the Bluebirds from midfield or at full-back, but he is also a free-kick specialist with a wand of a right foot.

Having already scored six goals in the Premier League for Aston Villa, including a couple of stunning set-pieces, he could provide a much-needed boost to the second-worst attack in the division.

Only Huddersfield have scored fewer goals in the top flight and Bacuna’s threat from wide areas may just help the Welsh side move away from danger, as well being a more than affordable recruit for your fantasy team.

Veteran striker Peter Crouch – known for his robot goal celebrations – has returned to the Premier League, moving from Stoke City to Burnley in a swap deal involving Sam Vokes.

Now 38, the former England striker is most likely to be an option towards the end of matches, but Clarets manager Sean Dyche said his new signing “has a hunger to come and make a mark”.

Crouch is a cost-effective fantasy signing and his knack of scoring goals could make him a valuable asset for your team.

Burnley are used to playing direct football with physical forwards who cause an aerial threat, so who better to try to include in the system than the player with the most headed goals in Premier League history?

Crouch has scored 108 top-flight goals for six different clubs, and only six players have netted more as a substitute in the competition.

Belgian flair in the East Midlands?

It hasn’t worked out for Adrien Silva at Leicester City, but he has been replaced at the King Power Stadium with 21-year-old Belgium midfielder Youri Tielemans.

Tielemans’ loan arrival from Monaco has resulted in Silva going the other way, and the former has a “lot of potential”, according to Guillem Balague, the host of BBC Radio 5 live’s Football Daily podcast on Thursdays covering European football.

Tielemans has lacked consistency in Ligue 1 and has scored five league goals in the past two seasons.

He became the youngest Belgian to play in the Champions League as a deep-lying midfielder at Anderlecht, aged 16 years and 148 days in 2013, but he now plays further forward.

With the pace of Jamie Vardy and the creativity of James Maddison around him, he could well thrive in the Foxes’ system.

The Batman moves across town

Crystal Palace left it late, but they finally secured the services of Chelsea striker Michy Batshuayi on loan until the end of the season in the final stages of the window.

‘The Batman’ – as he is commonly known – has been brought in to challenge Jordan Ayew for a starting berth up front.

Batshuayi, who scored twice for Belgium at the World Cup in the summer, netted nine goals in his debut season with Chelsea, including the title-clinching strike at West Brom in 2017.

He also got nine in 14 appearances on loan at Borussia Dortmund the following campaign.

He will add further pace to a blistering Palace attack which includes Wilfried Zaha and Andros Townsend, and he is likely to want to prove a point to Chelsea manager Maurizio Sarri from across London.

Markovic worth a gamble?

If you are feeling really brave, how about sticking in winger Lazar Markovic after his move from Liverpool to Fulham was announced in the early hours of Friday?

Markovic, 24, was bought by the Reds for £20m in 2015 but only started 11 Premier League games before loan spells at Fenerbahce, Sporting Lisbon, Hull and Anderlecht.

He has not played this season but he will be a cheap option for fantasy managers and three of Fulham’s next four games are against Crystal Palace, West Ham and Southampton – all in the bottom half.