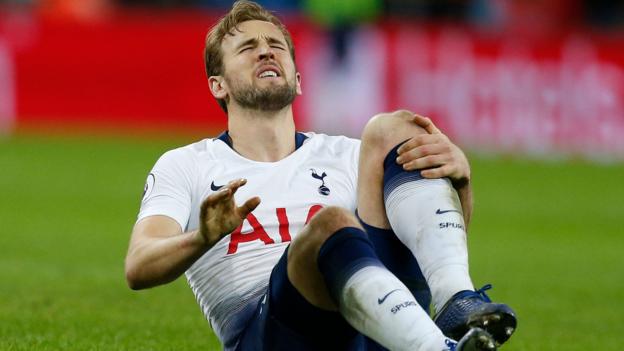 The frantic Christmas period is over, meaning Fantasy Football managers do not have to fear the dreaded squad rotation quite as much.

But there are still things to look out for, including a tournament far, far away and a couple of injuries to England players that will force you into some panic transfers.

We’ve had a look at some of the stats and players in form who you might want to consider this week.

Thousands and thousands of Fantasy Football managers will have to change one of their most expensive players after the injury suffered by Tottenham talisman Harry Kane.

The England captain had to be helped from the pitch at Wembley after being hurt in a last-minute challenge as Manchester United beat Spurs 1-0 on Sunday and will be out until March with damaged ankle ligaments.

A straight swap for Mauricio Pochettino’s side could see Fernando Llorente come in, although you would be a brave manager to gamble on someone who has only seen 36 minutes of Premier League action in 2018-19.

So where else do you look?

Kane’s England team-mate Marcus Rashford has five goals and four assists for Manchester United in his past seven games and, as mentioned, his club have favourable fixtures coming up.

Pierre-Emerick Aubameyang has been directly involved in 20 goals in 18 Premier League home games for Arsenal (15 goals, 5 assists), with the Gunners at home on Saturday, although they do face a Chelsea side that has kept 10 league clean sheets this season.

Manchester City have scored 19 times in their past three matches in all competitions, with Gabriel Jesus getting seven of them. However, Pep Guardiola likes to rotate his squad so do you go for Sergio Aguero, with City away at bottom of the table Huddersfield on Sunday? Aguero scored a hat-trick in City’s 6-1 win over the Terriers in August, but will he start?

Looking to save some (fantasy) money? Bournemouth’s Callum Wilson has scored five goals in five Premier League games against West Ham, more than any other side in the competition, although this one is a gamble because he missed the 2-0 loss at Everton because of a hamstring injury.

Mid-season tournaments always cause chaos for fantasy football fans and anyone with Tottenham midfielder Son Heung-min needs to get rid of the South Korean quickly.

He has eight goals and six assists in his past 10 Premier League matches, but he has now joined up with his country for the competition, which is being held in the United Arab Emirates.

According to Fifa’s world rankings, South Korea are the fourth best team in the Asian confederation so you would expect them to go deep into the tournament.

The final is on 1 February, so Son could miss Tottenham’s Premier League matches against Fulham (20 January), Watford (30 January) and Newcastle (2 February).

Brighton goalkeeper Mat Ryan is also at the tournament with Australia, but has missed the past three games for the Seagulls so should be out of your team already.

So who could come into your team for Son?

Manchester United’s Paul Pogba has scored twice in both of his past two games at Old Trafford, with Ole Gunnar Solskjaer’s side having tasty-looking home matches against Brighton and Burnley in their next two league games.

By the way, if Pogba gets another double on Saturday then he will match Cristiano Ronaldo’s achievement of November 2008 when he scored two goals in three consecutive United home games.

If you want to stay loyal to Spurs, then Christian Eriksen has four goals and one assist from his past six gameweeks.

Liverpool’s Sadio Mane could come into your thinking as well. The Reds are at home on Saturday against Crystal Palace, a side Mane has scored more Premier League goals against (six) than against any other side.

Another injury which might catch you out is the one suffered by Liverpool defender Trent Alexander-Arnold, who is set to miss two matches with a knee injury.

League leaders Liverpool have not conceded more than once in any of their last 16 Premier League home games, keeping 12 clean sheets in that time, and welcome to Anfield a Crystal Palace side who have failed to score in six of their last seven Premier League games against sides starting the day top.

With Dejan Lovren and Joe Gomez both injured, Virgil van Dijk and Andrew Robertson both look set to remain key figures in Jurgen Klopp’s side, while, if you are feeling brave, you could take a punt on either Alberto Moreno or Joel Matip – both unused subs last time out – to come in for Alexander-Arnold, although Klopp could also drop James Milner back into the defence.

Elsewhere, Manchester United have kept back-to-back clean sheets in the Premier League, having kept just two in their first 20 league games of 2018-19, with Victor Lindelof and Luke Shaw both playing every minute of United’s five league games since Solskjaer took over.

For Manchester City, Danilo has played all of their past four league matches after only featuring in one of their first 18 Premier League matches of the campaign. Their opponents on Sunday are managerless Huddersfield, who have only scored 13 league goals in 2018-19, three less than any other top-flight side. But will Guardiola rest Danilo? That is the risk you take.