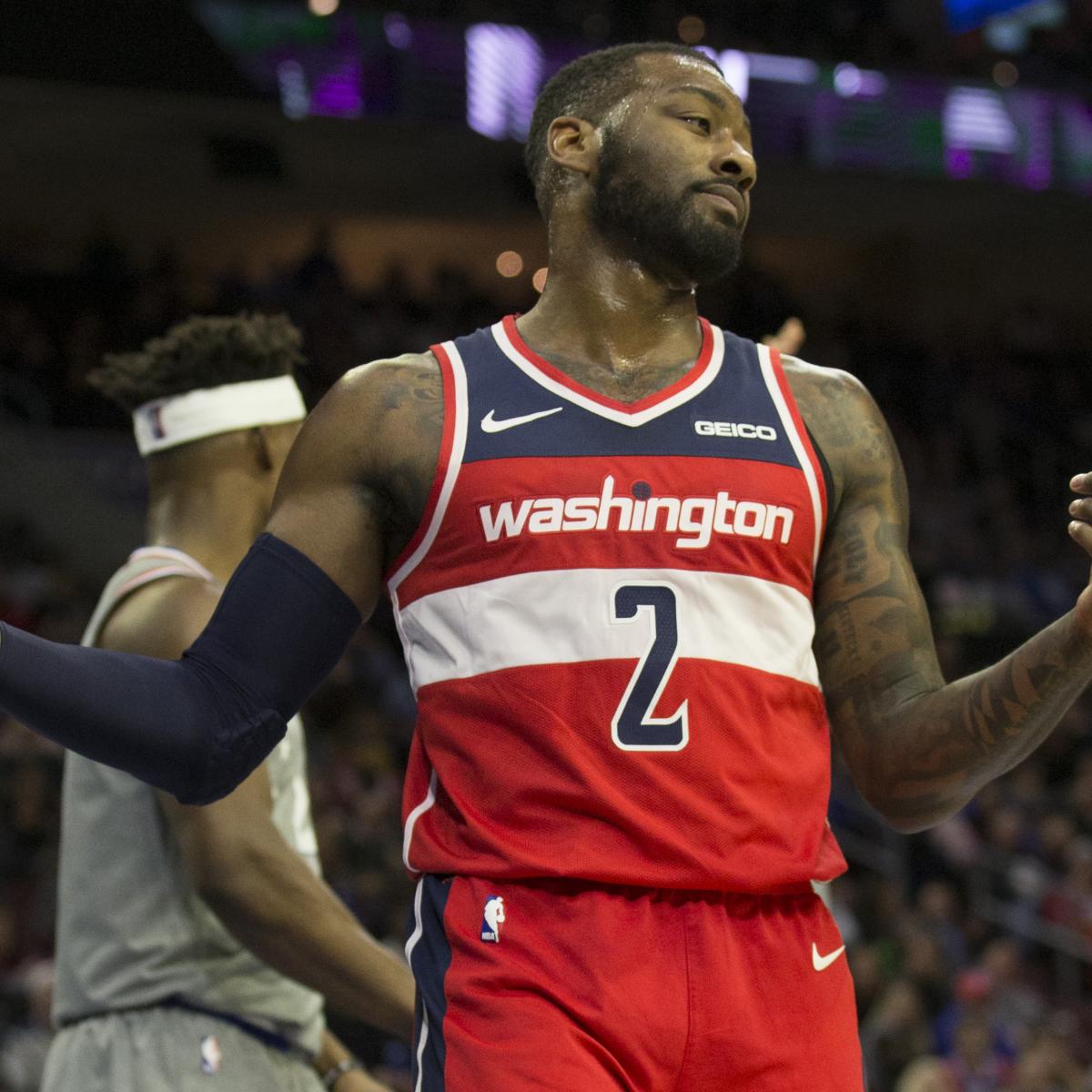 Washington Wizards point guard John Wall expressed frustration regarding the officiating in his team’s 123-98 loss to the Philadelphia 76ers on Friday:

Wizards got blasted in Philly but John Wall spent most of his postgame availability complaining about the referees: “I have no respect for them. Simple as that.” Said he’s been in league 9 years &amp; still can’t get any calls.

The end of John Wall’s postgame interview turned to the topic of him picking up a fifth technical foul tonight.

Earlier, Buckner pointed out the incident for which Wall got a technical after he felt the referees missed a call:

John Wall drives to the rim and scoops in underhanded layup to cut the lead to nine. Wants a foul, slaps his hands toward official and gets T’d up.

Fred Katz of The Athletic also noted that Wall was speaking with referee Tyler Ford on numerous occasions during the game.

While the 76ers did shoot 14 more free throws and were called for three fewer fouls, any takes on the officiating pale in comparison to the fact that Washington is 8-14 and has lost 11 of its games by nine or more points.

The Wizards have allowed the most points per game in the NBA and don’t look like a bottom-barrel playoff team, let alone one that could make a deep postseason run.

Frustrations are clearly boiling over, with Wall screaming a profanity at head coach Scott Brooks on November 19 and Wall and Beal calling out teammates after dropping to 1-4 earlier this season.

Ultimately, Washington’s problems run far deeper one game, begging the question as to whether this team will be blown up before the trade deadline.