After cutting Kareem Hunt, Chiefs turn to Spencer Ware as featured back

After cutting Kareem Hunt, Chiefs turn to Spencer Ware as featured back 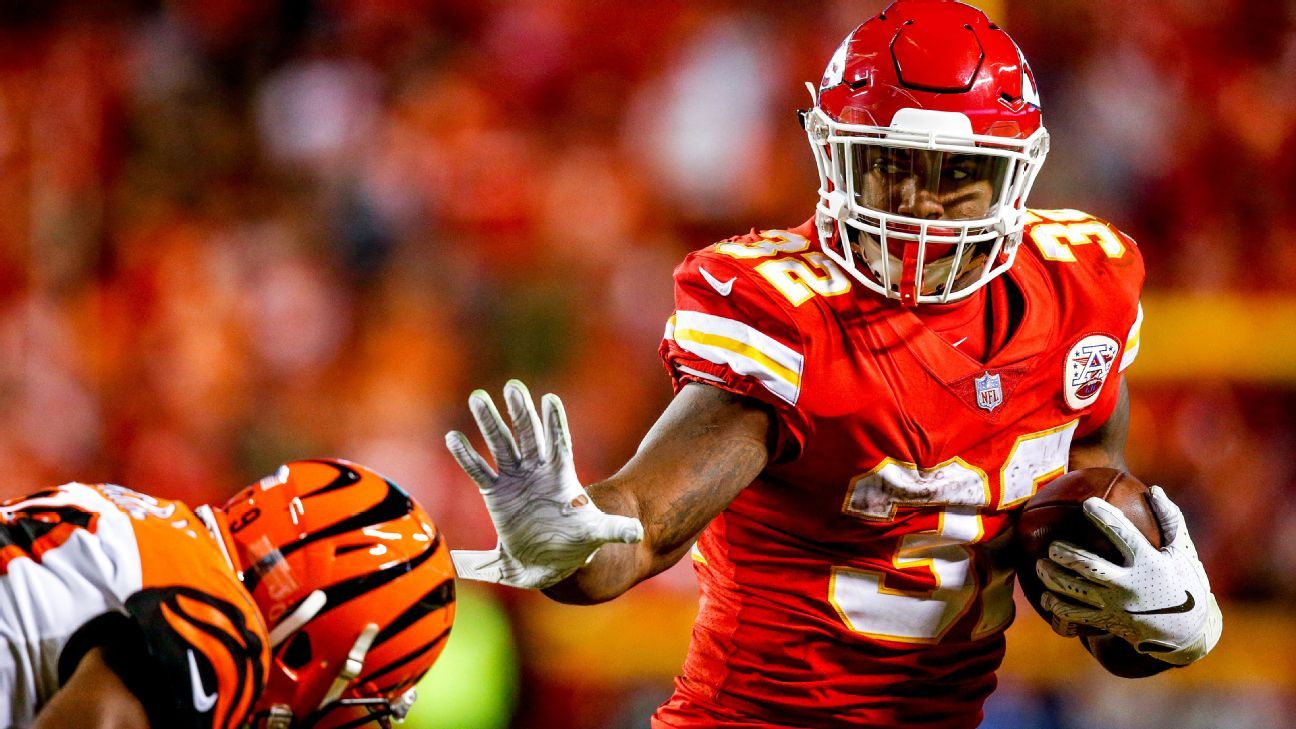 KANSAS CITY, Mo. — Running back Kareem Hunt was released by the Kansas City Chiefs on Friday after video surfaced of him pushing a woman to the ground and later kicking her.

The Chiefs will once again turn to Spencer Ware as their featured back.

In 2016, when Jamaal Charles didn’t respond positively to his most recent knee surgery, the Chiefs started the mostly unproven Ware. That move turned out to be a good one. Ware led the Chiefs in rushing with 921 yards and helped them to their first AFC West championship in six years.

The 9-2 Chiefs, in a push for their third consecutive division title, will be going to Ware as their featured back again. Hunt was put on the commissioner’s exempt list by the NFL before his release Friday.

That boosts Ware back into the starting lineup for Sunday’s game against the Raiders in Oakland.

In 2017, Ware suffered a season-ending knee injury in the preseason and lost the starting job to Hunt, then a rookie.

Ware’s presence eases but doesn’t erase the loss of Hunt, who led the NFL in rushing last season with 1,327 yards. Hunt is fifth this season with 824 yards, and he has 26 catches and 14 touchdowns — seven rushing and seven receiving.

Hunt’s versatility and big-play ability made him a good fit for the Chiefs’ offense. Hunt became the first player in NFL history to begin his career with a 50-yard touchdown in three straight games.

Hunt was averaging 14.5 yards per catch, an unusually high number for a running back. That’s the highest total for an NFL running back with at least five receptions and higher than any Chiefs player except Tyreek Hill among receivers at any position with at least seven catches.

Ware doesn’t give the Chiefs as much big-play ability. But he does have much of the same versatility. The Chiefs this season frequently turned to Ware as a third-down back because they trust him as a pass-protector and like his receiving ability out of the backfield.

Ware is third this season on the Chiefs behind Hunt and quarterback Patrick Mahomes in rushing with 124 yards. Ware also has 14 catches.

Ware had his best game of the season in Week 7 against the Cincinnati Bengals. He rushed for 59 yards and a 7.4 yard average, and he generally looked much as he did in 2016.

“That was a big game for him,” Chiefs coach Andy Reid said of Ware afterward. “He had the injury, and it was one of those injuries you are sitting there going, ‘Is this going to be career ending? Where are we at here?’ It was a pretty significant injury.

“Those legs got heavy. He was tired. He hadn’t had to push himself past that wall. You can go run the hill and go do all those things these guys do. Until you’re getting banged on a little bit, then you have to get back in, collect your breath and thoughts and then get out there and go again. He hasn’t really had to do that. I thought this was a big game for him working through that.”