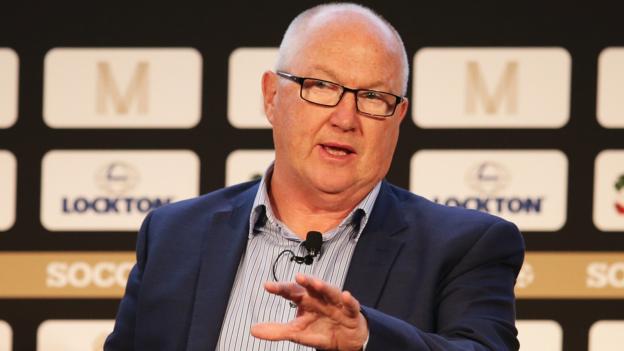 Southampton vice-chairman Les Reed has left with the club saying it needs to “take constructive action” to “get results back on track”.

The Saints, who narrowly avoided relegation last season, are currently 16th, after just one win this campaign.

Reed joined Southampton in April 2010 with the club in League One.

He oversaw a period in which the club won promotion to the Championship, then the Premier League and they reached the EFL Cup final in 2017.

Chairman Ralph Krueger said appointing Reed’s successor would be given the “necessary time and attention that reflects what an important position it is within our club”.

In a statement, the Saints said: “The club believes the time is right to take constructive action and make a change that will provide new drive and direction to our football operations team and enable them to get results back on track.”

Saints finished in the top-eight in the league for four successive seasons under Mauricio Pochettino, Ronald Koeman and Claude Puel. They finished 17th last year, with Mark Hughes brought in to avoid relegation after Mauricio Pellegrino was sacked.

Les Reed’s departure as Southampton vice-chairman is a development of real significance because he has been central to club’s football strategy – and now turns more attention on manager Hughes.

Reed arrived when Saints were in the third tier of English football and worked alongside managers such as Pochettino and Koeman when Southampton established themselves in the upper reaches of the Premier League.

Southampton also defied logic by flourishing despite constant managerial changes and the regular sale of their prized assets – particularly the likes of Van Dijk, Mane and Lallana to Liverpool.

Reed, however, had also been working in tandem with Pellegrino during his failed regime that saw a struggle against relegation last season and while the late appointment of Hughes saw Saints stay up, they now sit only one point above the relegation places after the 6-1 thrashing at Manchester City last Sunday.

Southampton’s statement said it was time to take “constructive action” and also confirmed a review into the club’s football operation has begun.

It remains to be seen what ramifications Reed’s departure has for Hughes but it has certainly increased the urgency for him to get results.