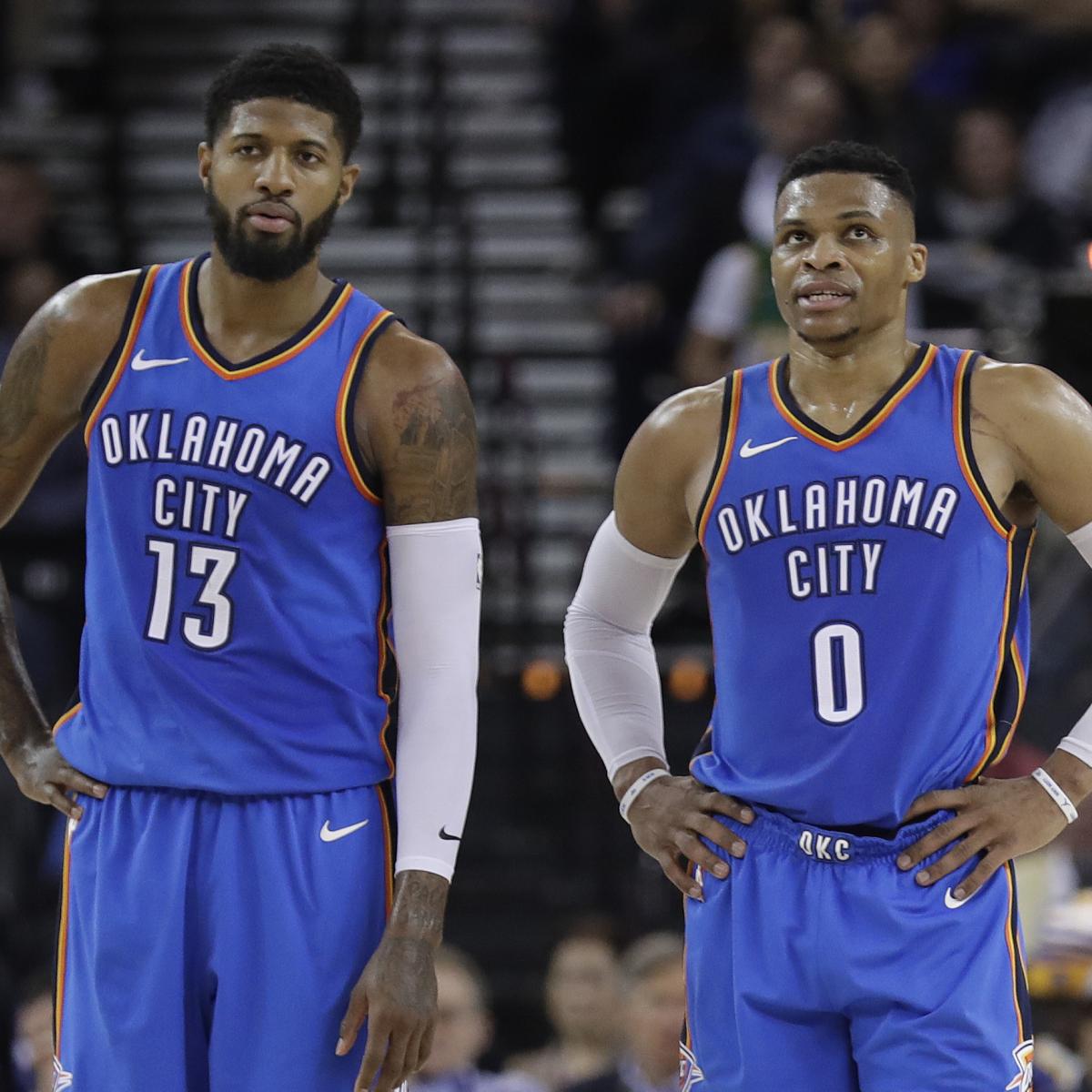 Well, Westbrook is kicking off the free-agency period in style.

ESPN.com’s Royce Young reported that the former NBA MVP is hosting a “summer hype house party” on Saturday night, although the reason behind the party is not clear. George reportedly arrived in OKC earlier in the day, so it’s possible that the shindig could be related to his decision in some manner.

Then again, Westbrook could just be trying to live it up this offseason.

Per Young, there will be 500 guests and a “surprise performance by a multi-platinum artist,” with Nas as the rumored performer. Attendees will reportedly have to sign a non-disclosure agreement.

The Thunder point guard made it clear during the season that he wasn’t going to make some elaborate recruiting pitch to George, instead wanting to let the team’s play do the talking:

Russell Westbrook on if he feels like he’s making a sales pitch to Paul George this season: “No. Sales pitch is gonna be when we win a championship. Beat that pitch.” https://t.co/85253kuguu

Perhaps Westbrook decided to change his approach after the Utah Jazz knocked OKC out of the playoffs in the first round.

On a related note, Marc Stein of the New York Times reported on Saturday that George is “strongly considering signing a two- or three-year deal to stay with the Oklahoma City Thunder.”