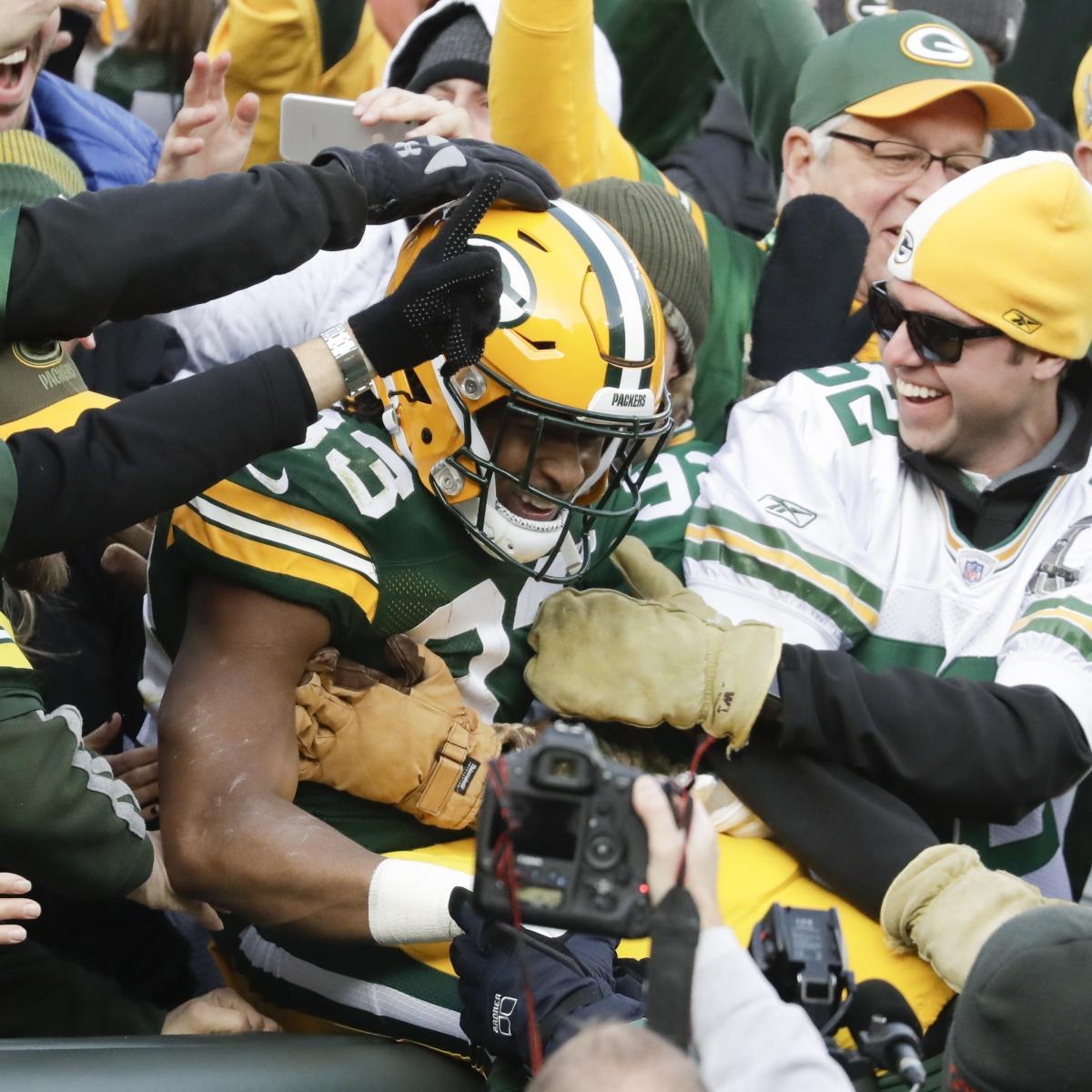 When Green Bay Packers running back Aaron Jones performs a random act of kindness, he does so not for attention but because that’s the way he was raised.

That’s why he was surprised that a recent gesture of his went viral.

This week, Jones was on a plane that landed in Appleton, Wisconsin, when he noticed a woman in a wheelchair struggling with her cane and bags. That’s when the 23-year-old running back stepped up and helped out:

Just watched Packers Aaron Jones push a random lady through the Appleton airport because there was no there to push her 💛💚 GO PACK GO @espn @packers @Showtyme_33 https://t.co/4h4BGEVTip

“I was just doing what anybody else would do,” Jones said, Stu Courtney of USA Today Network-Wisconsin.

“I was like, ‘Do you need help?’ And she said yes, so I started carrying her bags and when we were walking off the plane, the flight attendant told her that there would be somebody there to push her with a wheelchair.

“So I asked if she wanted me to push her and she said yes. I pushed her down to where her daughter was. As we got halfway down there, I had a bag tag on and she asked, ‘Are you a Packers player?’ I said, ‘Yes, ma’am, I am.’ And she was like, ‘My husband would’ve loved this.’ You could tell she got excited, and it made me happy. But I didn’t know anybody had taken a picture until I got home and got on Twitter.”

Jones is not the only NFL player in the news for amazing gestures, though. Jones’ teammate linebacker Blake Martinez used social media to try to find a lost dog a home, and Arizona Cardinals tight end Jermaine Gresham recently paid for a passenger’s carry-on bag so she didn’t miss her flight.