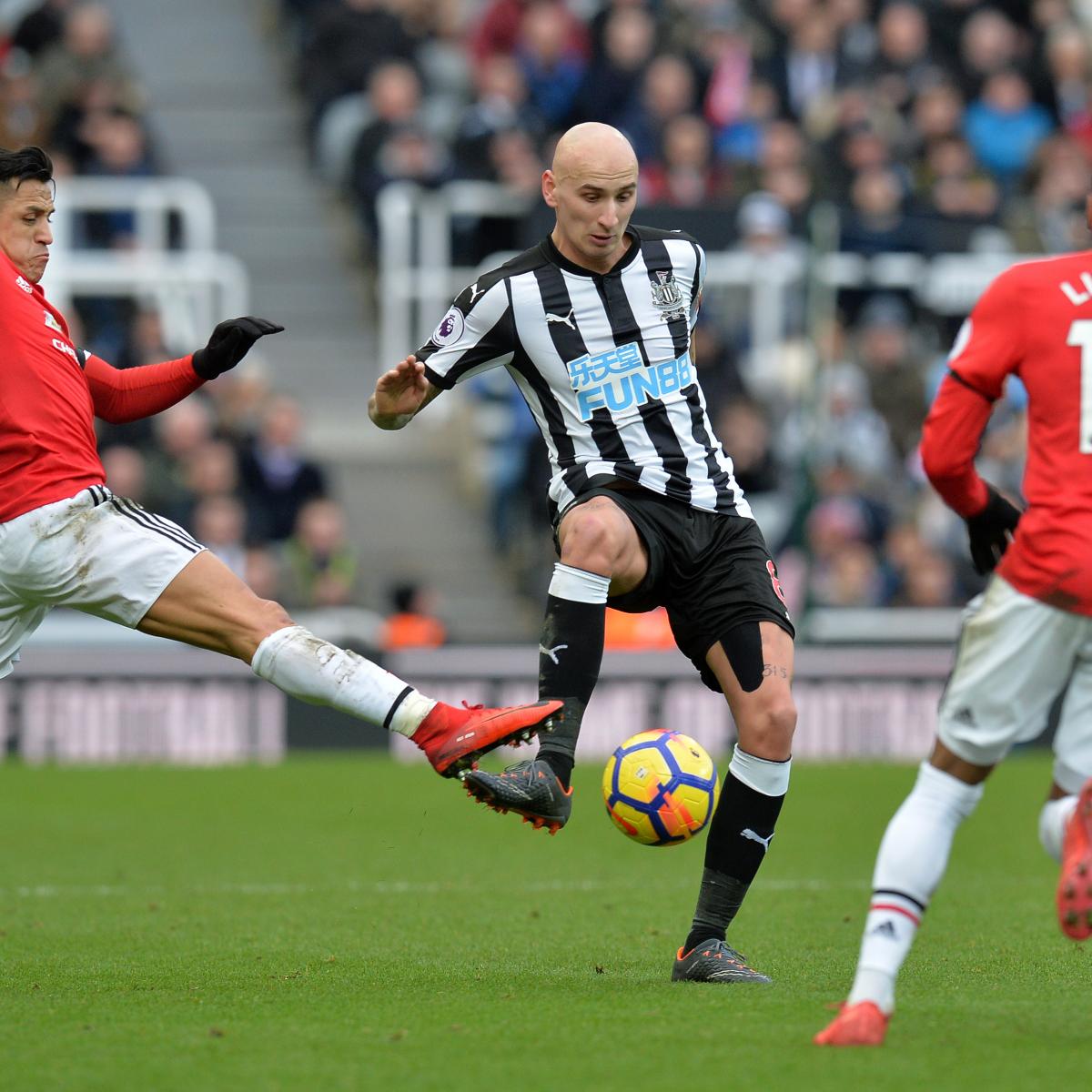 Crystal Palace will also need to beat Brighton & and Hove Albion on Saturday in order for the Baggies to cement their place as the first relegated party this season, currently 10 points adrift of safety with five games remaining.

With that in mind, a trip to Old Trafford is far from West Brom’s ideal scenario considering the Red Devils’ only defeat at home this season came at the hands of runaway leaders and likely champions-in-waiting Manchester City.

The Baggies managed to snatch a point from United when they drew 0-0 at Old Trafford last April, and West Brom caretaker manager Darren Moore will be boosted by the fact his side have lost only once in their last four league trips to face this foe.

Read on for a roundup of the latest team news related to Sunday’s clash, complete with a match preview and all the essential live-stream information.

United manager Jose Mourinho will likely be content with the options at his disposal approaching the end-of-season run-in, with only a selection of fringe players in doubt for Sunday’s visit of West Brom.

Phil Jones, Marcos Rojo and Ander Herrera have trained fully over the past week, while Daley Blind rejoined the group on Friday morning. Sergio Romero is expected to be missing for a “few weeks” following his collision with Diego Costa when playing for Argentina. #MUFC

Meanwhile, West Brom director of performance Mark Gillett recently told the media youngster Sam Field and Nacer Chadli—who has been hampered by setbacks this season—will be fit, per Paul Suart of the Birmingham Mail:

“We can be optimistic Sam and Nacer will be available for selection at Old Trafford. There were no issues at Brighton and the pair will continue in full training this week.”

That same report hinted Daniel Sturridge won’t be fit as he aims to return to training this week, while there are also questions over the availability of star centre-back Jonny Evans, per PhysioRoom.com:

Darren Moore will have to wait another week before Robson-Kanu [concussion] is back “in the mix” while Jonny Evans continues to make progress from the knee injury which kept him out of the Swansea game. #WBA

Gareth Barry has been ruled out for the rest of the season following knee surgery, and James Morrison’s absence from the team looks set to endure due to an Achilles injury.

Things look bleak for West Brom entering these final few phases of the 2017-18 campaign, and the wrong set of results this weekend could seal their fate as the first Premier League team to drop down to the Championship.

However, they do so coming up against a team that, according to statistician Simon Gleave, shouldn’t be performing as well as their second-place status suggests:

ANALYSIS: If the Premier League table was based on Expected Goals it would look like this….

In terms of points, #Burnleyfc and Manchester United are massively overperforming

United’s home form has provided a back-bone to this campaign—they’ve won 41 points at Old Trafford compared to 30 points away from home—and they’ve conceded a Premier League low of seven goals on their own soil.

West Brom, on the other hand, recently drew 1-1 against Swansea City to clinch their first Premier League point in 10 outings, and Match of the Day pundit Martin Keown has predicted the worse could be yet to come:

If the showing against Swansea was the first signal of Moore having any kind of improvement in the West Brom dressing room, they’ll need to coax a boatload more of it to hope for an upset on Sunday.