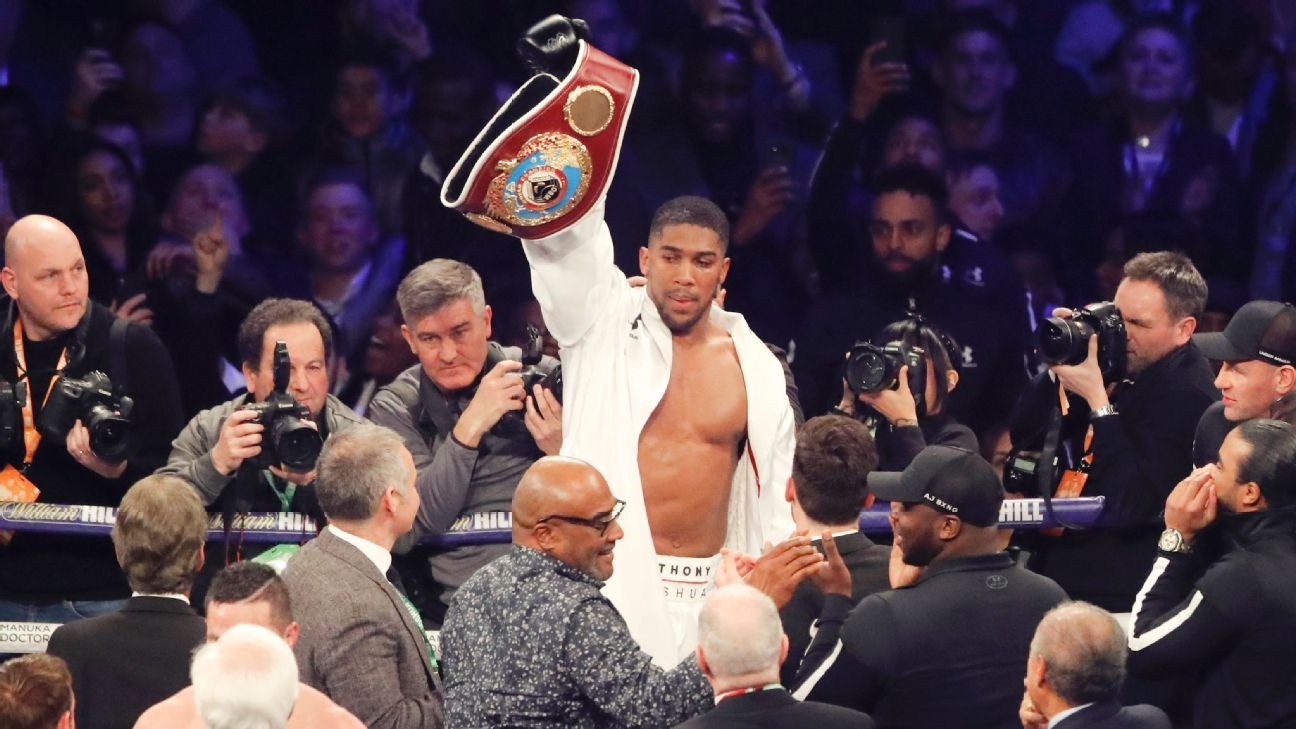 Anthony Joshua has unified three of the heavyweight title belts with a 12-round unanimous decision win over Joseph Parker on Saturday in Cardiff, Wales.

The WBC belt is held by American Deontay Wilder.